I was doing some YouTube research and would you believe the top-ranked videos for the keywords "Hollywood High" are folks using the school grounds as a skate part--videos documenting the various skaters who come to show off their talents. I'm slightly of mixed-feelings about this, but I do remember being a very young kid once...so it's logical to embrace the reality that Hollywood High doubles as a skate park. But this video just amazed me...how does he do it?…

What a Special 90th Birthday! What an amazing lady we have here! Doris Hendley Furness is a dear friend of the HHSAA and her grand daughter Wendy Deming reached out to us with this great message:

Thank you so much for helping make…

The Stack of Mail 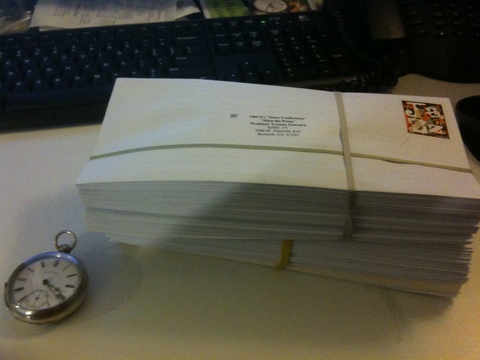 I have been losing sleep over this because there never seems to be enough time during an average day to completely do all the volunteer work that I want to do, let along that has to be done without fail.

Every opera house has a phantom, every theater its ghost. The drama students at Hollywood High School have, for as many years as anyone can recall, shared their auditorium with Olivia. While crossing the stage in a Christmas processional, the story goes, Olivia burned to death when the candle she carried lit her papier-mache dress. Her spirit ascended into the catwalk above the…

I was very impressed to see that our listing in the National Register of Historic Places was posted so quickly on Wikipedia. I also wanted to encourage you, if you like to Wiki, to review and update our page on Wikipedia. Possible content is far greater than what is actually on there. I'd love to see this page grow and encompass the depth of valuable information really out there about our school.

If you have the desire to Wiki, please go here and make some valuable…

Today's "Then and Now" from Joan deCC Deibert 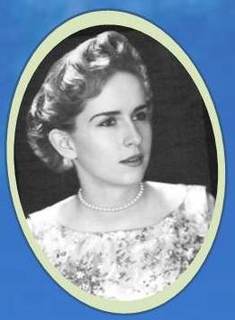 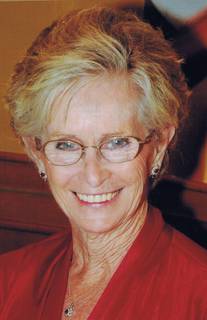 Support our students and music!

Tickets are a mere $20 and available at the Magnet Office and online at www.hollywoodhightickets.com

The Law of Compensation

Somebody says, "Well, I can't be concerned about other people. About the best I can do is to take care of myself." Well, then you will always be poor.

Miss Galbreath was born June 24, 1912 in Los Angeles, California, daughter of the late Frank and Gertrude Galbreath and sister, to the late Dorothy Gertrude Schlieper.

She was a member of Eastern Star and a volunteer for the American Red Cross during WWII.  She worked as a companion and caregiver all of her life retiring to NM in 1975.  In 2001, she moved to CT to be with her…

SUCCESS IS NOT AN ACCIDENT

Please Do These 3 Things

Einstein and his Chauffeur

When Albert Einstein was making the rounds of the speaker's circuit, he
usually found himself eagerly longing to get back to his laboratory work.

One night as they were driving to yet another rubber-chicken dinner.

Einstein mentioned to his chauffeur (a man who somewhat resembled Einstein
in looks & manner) that he was tired of speech making.

"I have an idea, boss," his chauffeur said. "I've heard you give this
speech so many times. I'll bet I could give…

I am pleased to report that our Lost Connections program is working well.

Donna Dee Joiner (Shaw) was recently reconnected to her friends George and Dottie Sprotte through our remailing program.

The program is a good one for maintaining the 100% confidential nature of our membership list.

If you’d like to reach a member of the Hollywood High School Alumni Association, you can send a copy of your letter and a postage stamp for each person you’d…