Jackie grew up in Hollywood attended Blessed Sacrament, then graduated from Hollywood High School in 1958. She loved the Glamorous "Old Hollywood"…

My Path To Achieving the Honorable

Four and a half years ago – when I first stepped foot on the American soil in the JFK international airport on a layover flight from Moscow to Los Angeles, I was clueless. With only a slight understanding of English, no actual life plan and $50 dollars in our pockets, my mother and I arrived to our new apartment not too far from Hollywood High School. Thinking it was a good idea for me to learn English prior to attending high school, I…

I’m always surprised when I get a surprise, because I think I have experienced so many wonderful adventures that I relish the art of learning something new! I am on the HHSAA Scholarships Committee. So we were given a stack of thirty-five applications to study. I knew it would take a couple of hours because I ponder; eschew each thought and expression by these bright young graduate students. I was impressed with the accomplishments of these outstanding students.… 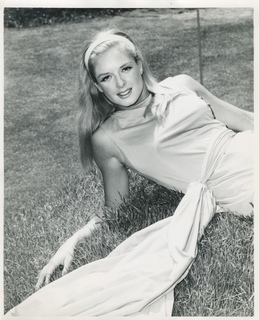 Today at 5:30pm, dozens of incredibly gifted and talented students from our very own Hollywood High School attended the Achieve the Honorable Ceremony. This annual award celebration included the presentation of colors from the Hollywood High JROTC as well as a live singing performance from the school's H2O singers. Tens of thousands in scholarships were awarded to worthy students to help with college needs and tuition.

An extensive list of Gold and Silver Seal Bearers was…

In Loving Memory of Rob Grill

Rob Grill, 67, a singer and bassist for the 1960s rock band The Grass Roots, died Monday at the Hospice facility in Lake County Florida, said Michael Hensley, director of the medical examiner's office. The cause was not given.

After song writer P.F. Sloan and Steve Barri had a hit with "Where Were You When I Needed You" in 1966, they recruited Grill and…