I always knew there were a lot of talented people who had attended my alma mater Hollywood High School in California, but I had no knowledge of the Academy Award winner Marcel Ophuls until recently. He won the Oscar for his documentary film “Hotel Terminus: The Life and Times of Klaus Barbie” in 1988. The movie also received the International Critics Prize at the Cannes Film Festival that same year. His father was Max Ophuls was also a celebrated director in pre-Hitler Germany. The family fled the Nazi regime for France in 1933 and later into Spain and finally to America. The Ophuls family settled in Hollywood where they were befriend by playwright Bertolt Brecht and actor Fritz Kortner upon their arrival.

Marcel Ophuls attended Hollywood High during World War 2, but was drafted for the army when he was 18 in 1946. Upon his discharge from the military he attended U.C. Berkeley. Then in 1950 his Marcel and his family returned to Paris where he worked on films with John Huston and François Truffaut honing his craft. His career moved him into television although he continued to produced features among them were “Banana Peel” and Pepe Le Moko.”

His Oscar for “Hotel Terminus” conveys the life of Klaus Barbie in graphic interviews and interplay. Barbie was a Nazi war criminal and known as the “Butcher of Lyon” who was finally extradited from Bolivia to stand trial in France where he received life imprisonment. Marcel Ophuls’ compiled filmography has touched a variety of profoundly grim human subjects as with the massacre at My Lai in the Vietnam War; the Nuremburg war trials; the civil war in Northern Ireland; and the duplicity of the French during the Nazi occupation.

An odd story that Ophuls tells is of his father’s death where the great German actor-director Gustave Grundgens during the Hitler regime came to give the eulogy. Grundgens was never a Nazi, but he certainly knew how to curry their favor as an opportunist. Grundgens is most known for his role of “Mephistopheles” on stage and on film. In other words, the Devil came and spoke at the funeral.

In 2013 Marcel Ophuls directed his own filmed autobiography spanning in 106 minutes the some total of his almost 9 decades on the planet. This documentary is entitled “Ain’t Misbehavin’. Mr. Ophuls will be 87 this year. Way to go my fellow Hollywood High School Sheik. 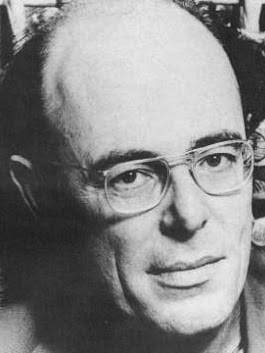 ian daniel ehrlich left a comment for JOE E FAY
"Hi  Joe, No,still in London and  still working...hope to be in US in near future. Will call you. Love Vegas...yea, heard about Steve awhile back... Maybe we can hook up  at the HHS online reunion next month. Take care Ian…"
Apr 26