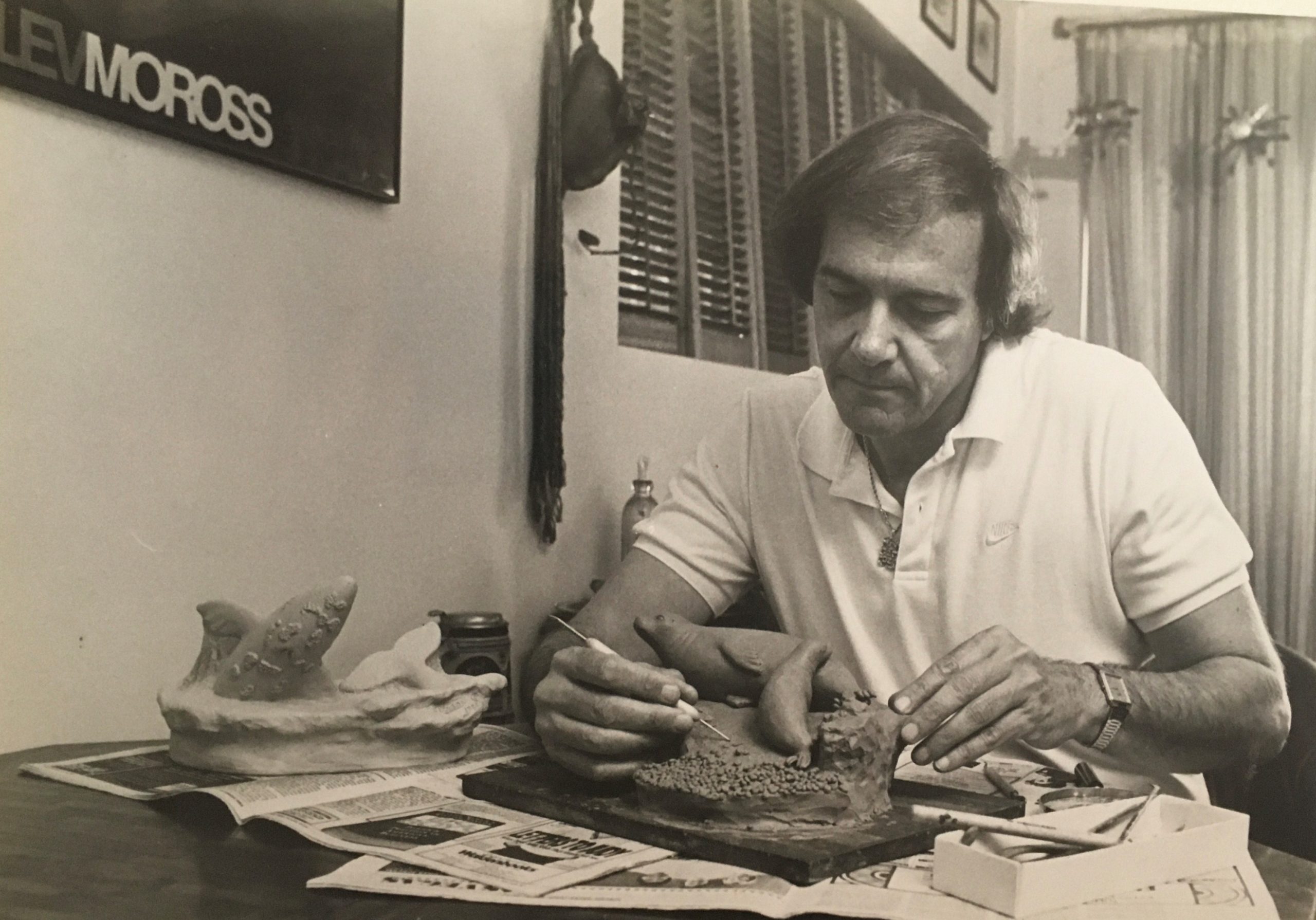 Terry Frederick Olson, a resident of Manhattan Beach California since the early 1970s, passed away on Friday, August 21, 2020, in Manhattan Beach, California. Born in Minneapolis, Minnesota, Terry was 83 when he died. Terry worked for Aerospace Corporation as a Senior Systems Analyst and retired in 2011. He was an incredibly talented artist. His talents included sculpting, jewelry-making, and painting. As a young man, he took art classes at UCLA, and one art class that he loved was Jan Stussy’s. His amazing sculpting talent started with simple origins: a young boy playing with clay. He worked in many different mediums. He sold some bronze pieces at galleries in Palm Springs as well as Hawaii. He also created resin pieces of different types of athletes for the George Good Corporation for the 1984 Olympics, titled the “Thrill of Victory” collection. As a jewelry-maker, he created fine-jewelry pieces, rings, and pendants mostly, for his family and friends. On a more personal note, he designed his wedding band for Jin Olson, his surviving wife.

He contributed to his community as well, raising money and finding volunteers to plant fifty autumn-colored trees along the Greenbelt. For this effort, he made the cover of The Beach Reporter. Additionally, he hosted an annual breakfast party for over twenty years during the weekend of the Manhattan Beach fair, and party-goers could ease their post-run muscle aches with a dip in the hot-tub, or sate their hunger with breakfast pastries. A life-long lover of nature, he loved gardening and cultivating his own organic masterpieces in his own backyard. In his personal residence, he planted four apple trees, a papaya tree, a lemon tree, a pear tree, an apricot tree, a plum tree, a peach tree, and a persimmon tree. He also grafted fuji apple branches onto gala trees, and vice versa.

Terry took a personal interest in his genealogy and compiled a detailed family tree of his paternal lineage from Norway and Sweden. If he was up for it, he always enjoyed a drive down to Alpine Village, where he’d get his usual — apple strudel and bratwurst, certainly interpretable as a celebration of his German heritage. He took a personal interest in Hollywood High even as an alumnus, and this year had been designing a display case for his graduating class. At Hollywood High, he was the president of the Spartan’s social club, and never let anyone around him forget that fact. He organized two successful Hollywood High School Reunions in Manhattan Beach; people came from all over the country, both times. He was successful in recreating the atmosphere of his high school days; people played frisbees and games at the beach, and also enjoyed arcade games, a photo booth, never-ending pizza, and a MASH actor’s presence at the local Round Table.

He was lively and sociable and yet, at the same time, was a total and complete homebody. When he was at home, he loved spending time watching movies as well as spending time with his family. One of his favorite shows to watch in the past decade was Grimm, a reimagining of the Brothers Grimm fairy tales in Portland. One of his favorite movies, in general, was Rebel Without a Cause. He loved cars, and when he felt well, could spend hours wandering the parking lot of the Ruby’s in Redondo Beach during car show season. If you asked him a question about one car, he had at least twenty answers for you. We will be celebrating his life at an outdoor venue party in 2021.

Replies are closed for this discussion.

ian daniel ehrlich left a comment for JOE E FAY
"Hi  Joe, No,still in London and  still working...hope to be in US in near future. Will call you. Love Vegas...yea, heard about Steve awhile back... Maybe we can hook up  at the HHS online reunion next month. Take care Ian…"
Apr 26