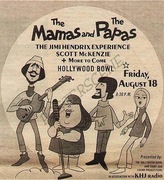 Export to Outlook or iCal (.ics)

$10.00 PER SEAT DISCOUNT FOR HHS ALUMNI FOR SHOWS WHEN PURCHASED THROUGH THEATERMANIA WEBSITE AT: http://www.theatermania.com/ticketing/index.cfm/show/159350

NOHO ARTS CENTER
IN NORTH HOLLYWOOD!
John Lennon performs one last
concert and you are there…Spend an evening with Rock icon 'John Lennon' (as portrayed by world-famous actor/ musician Tim Piper), as he transports you to the very beginning of John's life and remarkable journey that influenced the music and culture of generations. Share the inside story of the man, the music, and the legend, who as founder of the Beatles, created a 'Revolution' that shook the world.

This riveting multi-media production will take you back in time, and another state of mind, utilizing visual images, anecdotes, and note-perfect renditions of some of the greatest songs ever composed. Suspend your belief and prepare to be transfixed by an incredible evening of music and imagery with one of the greatest musical legends of all time.
--------
As a businessman/investor Philip Wegener became involved in this project through his passion for music. An accomplished pianist and bass player, he performed in a rock and roll band during high school and college (and for a period of time with the HHS Webmaster), and worked his way through college playing ragtime piano at various venues in the Los Angeles area. He studied classical piano with Michael Cave while attending UCLA and later, jazz improvisation with noted jazz musician and educator, Dick Grove. His other credits include producer of the play 'One Night Only,' which also starred Tim Piper in the role of John Lennon.