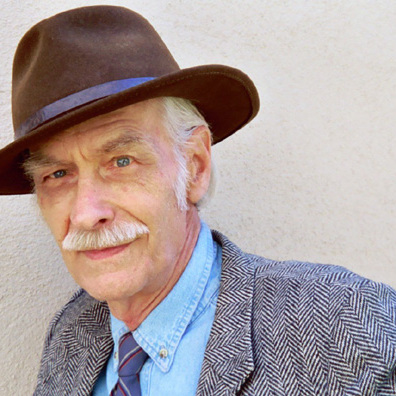 Alan Gorg, (B.S. 1952 and M.F.A. 1970, U.C.L.A.), teacher/writer/producer/director/actor, has written and produced documentary films for the University of California and PBS in the 1960’s and 1970’s, and founded theater groups in Hawaii in the 1970’s and California in the 1980’s. Media Associates published his two autobiographical novellas THE SIXTIES and THE SEVENTIES in the 1990’s, available through www.amazon.com.

Most of the films noted here are available through www.venicevisionarymedia.net.
The short films FELICIA (1965), THE SAVAGES (1968), FREE GROWTH (1970), and AUTOBIOGRAPHY OF A HOPI (1978) were honored at the American, Columbus, and Mercer Film Festivals, the National Short Film Competition, and the Los Angeles International Film Exhibition (FilmEx). In 1980 Gorg produced a weekly video magazine THE OAHU GAZETTE for PBS station KHET-TV in Honolulu and the short film 1NSIDE STATE PRISON, which was also honored at FilmEx. Most of these shorts are available on www.indieflix.com.

Gorg and wife Gwyn wrote and produced the feature film LIVING THE BLUES (1986) with legendary guitarist and vocalist Sam Taylor, winning a Filmtrax Award at the Ghent International Film Festival and a Best Feature nomination at the American Film Institute Video Awards. This film is currently distributed by www.venicevisionarymedia.net.

Their educational docudrama TECHQUA IKACHI: ABORIGINAL WARNING (2008). has been an official selection at the Columbus, Dreamspeakers, New Beijing, GreenReel Environmental, and Mumbai International Film Festivals and won a Neptune Award at the Moondance International Film Festival. This film is available through www.venicevisionarymedia.net. Also check www.geocities.com/alankentgorg. A lesson plan is available at www.geocities.com/hopiprophecy.lessonplan.